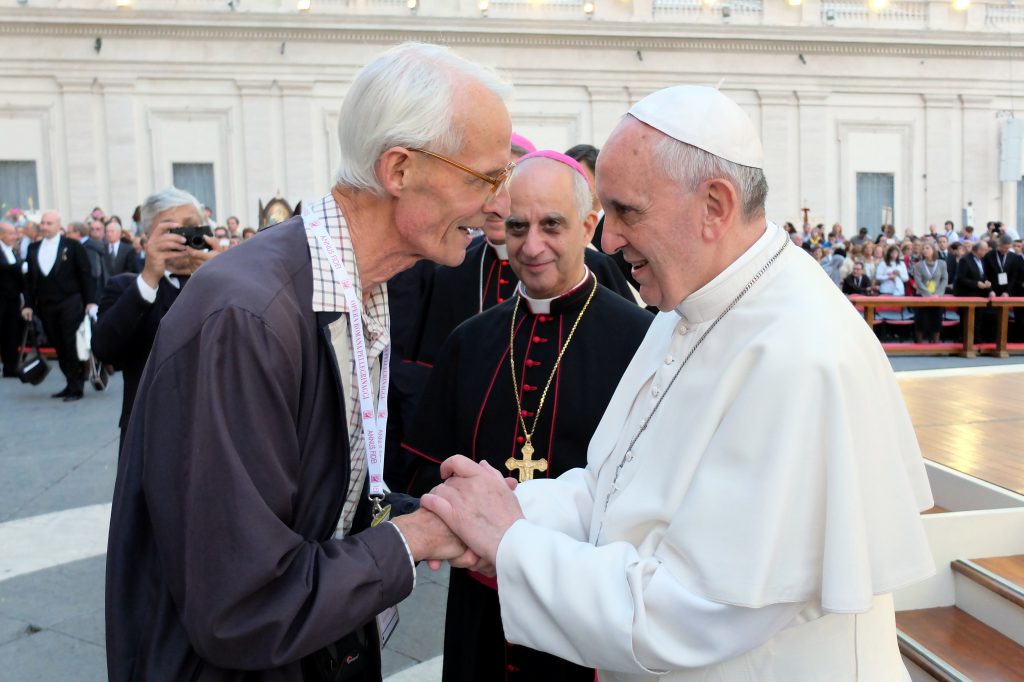 The minimum requirement for becoming a member of the WAF is to make a Pledge in which one promises:

1. To offer up every day the sacrifices demanded by one’s daily duty through the faithful observance of God’s law.

2. To say five decades of the Rosary daily while meditating on the mysteries.

3. To wear the brown scapular of Our Lady of Mount Carmel as a sign and reminder of personal consecration to Our Lady and her Immaculate Heart.

4. On the first Saturday of five consecutive months, with the intention of making reparation to the Immaculate Heart of Mary, to confess and receive Holy Communion, recite five decades of the Rosary, and keep company with Our Lady for fifteen minutes while meditating on the mysteries of the Rosary.

Please download the WAF England and Wales Pledge form here, and once you have filled in your details, please return it to the address indicated.

Several important developments in the message of Fatima in the life of the Church took place in Blessed John Paul II’s pontificate. Firstly, on 13 May 1982, the Pope went on pilgrimage to Fatima to thank Our Lady for saving his life one year previously, and during Mass he delivered a homily in which he explained why the Church has accepted the message of Fatima, and what is signified by the consecration to her Immaculate Heart. This was the first time a pope had given teaching on the message of Fatima.

Next, On 25 March 1984, the Pope fulfilled Our Lady’s request for the consecration of Russia, which led to the collapse of the Soviet Union in 1991 and the cessation of the Soviet persecution of the Church inEastern Europe.

There were three developments in the Holy Year 2000. Firstly, John Paul II beatified Francisco and Jacinta at Fatima on 13 May; next, on 26 June the third part of the Fatima secret was published by Cardinal Ratzinger at his direction; lastly, on 8 October, in the presence of 1,400 Bishops, who had come to Rome for the Jubilee Mass of the Bishops, he entrusted the Church and the world in the Third Millennium to the Immaculate Heart of Mary in the presence of the statue of Our Lady of Fatima from the Capelinha at Fatima.

All the Popes from Pius XII onwards have approved the message of Fatima because, as John Paul II said in his homily at Fatima on 13 May 1982, its “basic content is the truth and call of the Gospel itself: ‘repent and believe in the Gospel’ (Mk 1:15)”.