Brown Scapular of Our Lady of Mount Carmel

The Brown Scapular and Fatima 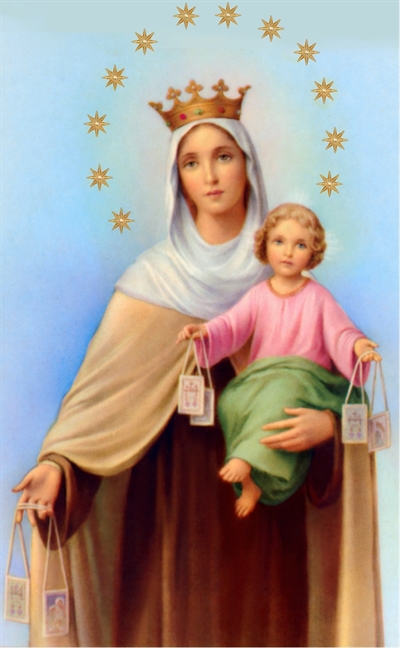 While the crowd were seeing the miracle of the sun on 13 October, the children saw various apparitions involving St Joseph and the Child Jesus, Our Lady in a blue and white mantle, and Our Lady of Dolours. These have usually been interpreted as representing the mysteries of the Rosary, but they also saw a final apparition of Our Lady of Mount Carmel.

Lucia describes how she saw this last apparition of Our Lady holding a brown scapular, so we find the brown scapular intimately associated with Fatima. She later said: “The Rosary and the Scapular are inseparable,” and “all Catholics should wear the Scapular as part of the Fátima message.”

Our Lady and the Brown Scapular

The Brown Scapular is a sacramental worn around the neck. It was given to St Simon Stock, of the Carmelite Order, by Our Lady, in England, in the 13th century. She said to him:

“This will be for you and for all Carmelites the privilege, that he who dies in this will not suffer eternal fire.”

The Scapular promise is based on the two elements of Mary’s spiritual maternity and her mediation of grace, that is that she is the “spiritual” mother of all mankind, as well as the “channel” by which all grace comes to us from God.

This promise implies that Mary will intercede to ensure that the wearer of the Scapular obtains the grace of final perseverance, that is of dying in a state of grace, and this privilege has now been extended to all Catholics who are enrolled in the Scapular.

The Brown Scapular originated in England. In the thirteenth century, during the time of the Crusades, Simon Stock went on a pilgrimage to the Holy Land where he met a group of hermits on Mount Carmel. These claimed to be the successors of Elijah and his followers, and, Simon return 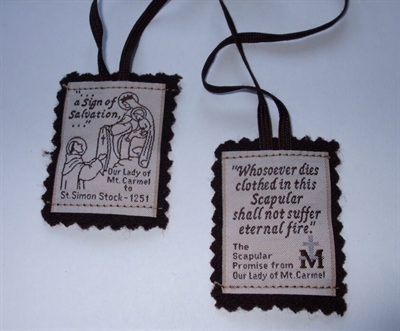 ed with them to England when the situation became too dangerous in Palestine because of the Saracens.

Simon was eventually elected Superior-general of the Carmelites, but he faced many problems and withdrew to his monastic room or “cell”—probably at Cambridge by this time—in order to pray to Mary; it was then that he had his famous vision of her bringing the Brown Scapular to him with the following words, which are preserved in a fourteenth century narrative: “This will be for you and for all Carmelites the privilege, that he who dies in this will not suffer eternal fire.”

The Popes and the Brown Scapular

Over the centuries, the Scapular has been enriched with many indulgences and privileges by numerous popes, including Sixtus IV, Gregory X, Clement VII, Clement X, Leo XI, Leo XIII, St. Pius X, Benedict XV, Pius XI, and Pius XII. Popes Clement VII and Clement X decreed that all who wear the scapular participate in a special manner not only in the fruits of the spiritual works of the Carmelites, but also in all the good done throughout the entire Church.

By the 17th century the Brown Scapular was well known among Catholics, due in great part to the popes of the 16th and 17th centuries, who promulgated the Sabbatine Privilege and approved the Confraternity of the Scapular for all dioceses, thus allowing any Catholic to benefit from wearing the Scapular as a way of honouring Our Lady.

“Let all of you have a common language and a common armour: The language, the sentences of the Gospel – the common armour, the Brown Scapular of the Virgin of Carmel which you ought to wear and which enjoys the singular privilege and protection after death.”

In 1951, Pope Pius XII wrote a letter to the Carmelite major superiors to celebrate the 700th anniversary of St Simon Stock’s vision, saying:

“There is no one who is not aware how greatly a love for the Blessed Virgin Mother of God contributes to the enlivening of the Catholic faith. … In the first rank of the most favoured of these devotions that of the Holy Carmelite Scapular must be placed.” 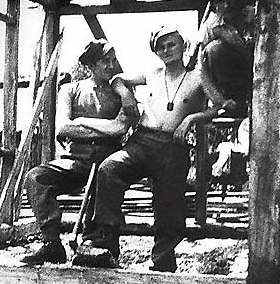 When he was shot and operated on in 1981, he apparently told doctors not to remove the brown scapular he was wearing, such was his devotion to it.

“..the most genuine form of devotion to the Blessed Virgin, expressed by the humble sign of the Scapular, is consecration to her Immaculate Heart. …The Scapular is essentially a “habit”. Those who receive it are associated more or less closely with the Order of Carmel and dedicate themselves to the service of Our Lady for the good of the whole Church. …

“Two truths are evoked by the sign of the Scapular: on the one hand, the constant protection of the Blessed Virgin, not only on life’s journey, but also at the moment of passing into the fullness of eternal glory; on the other, the awareness that devotion to her cannot be limited to prayers and tributes in her honour on certain occasions, but must become a “habit”, that is, a permanent orientation of ones own Christian conduct, woven of prayer and interior life, through frequent reception of the sacraments and the concrete practice of the spiritual and corporal works of mercy.’

By the mid-fourteenth century the wearing of the Scapular spread to the laity, and gradually over the centuries it has gained in popularity, particularly following the promotion of the “Sabbatine Privilege” by various Popes. This is an idea which grew out of a deepened understanding of the promise originally made to St Simon, and essentially involves the idea that Mary will intervene to help those who have worn the Scapular before death and now find themselves in purgatory, particularly on a Saturday, the day traditionally dedicated to her.

According to a Papal Bull of John XXII, Our Lady appeared to him and said of those who wear the Brown Scapular, that:

“I, the Mother of Grace, shall descend on the Saturday after their death and whomsoever I shall find in purgatory I shall free so that I may lead them to the holy mountain of life everlasting.”

Certain conditions are attached to this promise:

Firstly, that the individual should continuously wear the Brown Scapular, and that they should observe chastity according to their state in life, whether married or single.

The other condition which most usually applies today is that they should, with permission of a priest, say five decades of the rosary daily. (Previously it had been necessary to say the Little Office of Our Lady or abstain from meat on Wednesdays and Saturdays).

So all that is needed to benefit from all these privileges is to obtain a scapular, have it blessed by any priest and then get enrolled in the scapular confraternity. There are prayers for the blessing of the scapular, and for enrolment, below.

When the scapular breaks, is worn out, or is lost, you simply get a new one. You do not have to be enrolled again.

The Brown Scapular as a Sacramental

The Brown Scapular is one of the most highly indulgenced and privileged sacramentals of the Church, as well as one of the most ancient. But more than that, it is a sign of consecration to the Blessed Virgin and a powerful aid to salvation which she herself has recommended in a special way for our times.

A sacramental is, “a sacred sign which bears resemblance to the sacraments, and by means of which spiritual effects are signified and obtained through the prayers of the Church.” (CCC 1667).

In the case of the scapular, the sacred sign is the scapular itself and the spiritual effect is the protection of one’s soul through the prayers of Mary, as she promised in the vision to St Simon Stock.

Sacramentals, such as holy pictures or icons, statues, medals, holy water, blessed palms, and indeed the scapular, are means that dispose one to receive the chief effect of the sacraments themselves, which is a closer union with Jesus.

The Blessing and Enrolment in the Scapular, to be done by a priest

Blessing of the scapular:

“O Lord Jesus Christ, Saviour of mankind; by Thy right hand sanctify this scapular (these scapulars) which Thy servant(s) will devoutly wear for the love of Thee and of Thy Mother, the Blessed Virgin Mary of Mount Carmel; so that, by her intercession, they may be protected from the wickedness of the enemy and persevere in Thy grace until death; Who livest and reignest for ever and ever.”

(The priest now sprinkles the Scapular with Holy Water.)

The priest lays the Scapular over one shoulder of the person to be enrolled and says:

“Receive this blessed Scapular and ask the Most Holy Virgin that, by her merits, it may be worn with no stain of sin and may protect you from all harm and bring you into everlasting life.” (The person replies: “Amen”)

“By the power granted to me, I admit you to share in all the spiritual works performed, with the merciful help of Jesus Christ, by the Religious of Mount Carmel; in the name of the Father and of the Son, + and of the Holy Spirit. May Almighty God, Creator of heaven and earth, bless + you whom He has been pleased to receive into the Confraternity of the Blessed Virgin Mary of Mount Carmel. We beg her to crush the head of the ancient serpent in the hour of your death and, in the end to obtain for you a palm and the crown of your everlasting inheritance. Through Christ Our Lord.”

(the Person replies “Amen” – The priest now sprinkles them with Holy Water.)