This is an article which appeared in the Catholic Herald “Comments & Blogs” section on the preparations being made by WAF England and Wales for the Centenary year of the Fatima apparitions, that is next year, 2017. 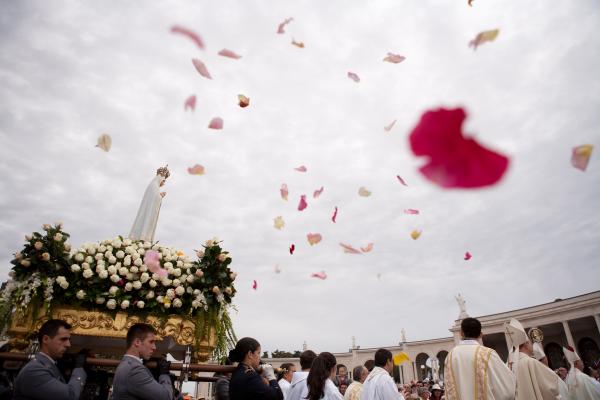 It gives information about the proposed Vistitation programme for the National Pilgrim Virgin Statue of Our Lady of Fatima and the relics of Blessed Jacinta and Francisco, which will be taking place in Cathedrals and churches aroudn the country next year.

It also mentions the letter written to WAF England and Wales national president, Timothy Tindal-Robertson, dated October 31, 2014, in which Bishop Mark O’Toole of Plymouth approved of the World Apostolate of Fatima England and Wales, saying he was, “particularly pleased to be able to affirm the work that you are doing to promote the regular saying of the Rosary, particularly in family life … I will continue to pray for the success of the World Apostolate of Fatima in this country. Thank you for all that you do”.

Likewise, the “Day with Our Lady of Fatima” at St Francis of Assisi church in Handsworth, Birmingham, on Saturday June 4, when Bishop Robert Byrne will preside, is mentioned, as is the Fatima weekend is scheduled for June 10-12 at Pantasaph Friary in North Wales. It also highlights the WAF National Pilgrimage to Fatima, which flies from Heathrow, and for which places are still available, which takes place between July 7 and July 14, with Fr Gerard Kelly as Spiritual Director, Timothy Tindal-Robertson as Leader, and Mike Daley as Pilgrimage organiser.

You can read the full article here: